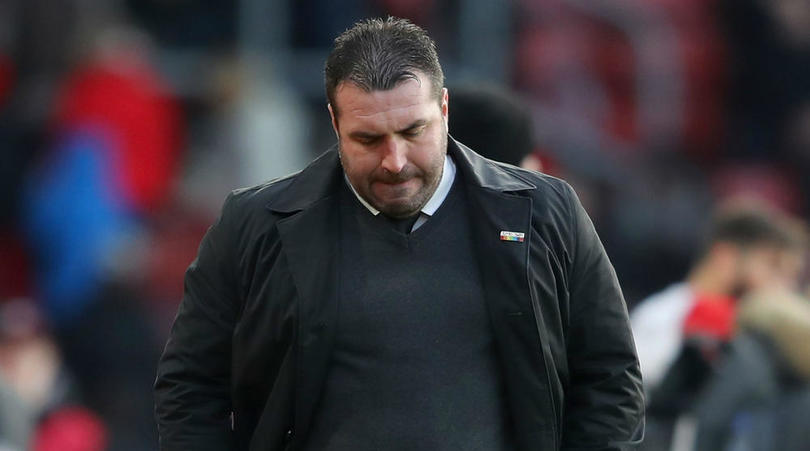 The Toffees were thrashed 5-1 by Atalanta in the Europa League on Thursday and a bad week got worse at St Mary’s Stadium, where Gylfi Sigurdsson’s stunning equaliser provided a rare bright spot for the visitors.

Charlie Austin’s double and a goal apiece from Dusan Tadic and Steven Davis ensured Everton’s winless run on the road in the top flight was extended to 15 games.

With his temporary spell at the helm failing to yield a turnaround following Ronald Koeman’s poor start to the campaign, Unsworth could do little else but apologise to supporters.

He said: “[I am] Absolutely gutted. The second-half performance from all our team was unacceptable. I’m sorry for all the Everton fans who came down here and all the ones who were watching as well.

“We can’t keep performing like this, it’s just not good enough.

“We are in a tough moment and we have a massive week ahead of us.”

Next up is Wednesday’s huge clash with a West Ham side who occupy the final relegation spot, but sit just two points behind the Merseysiders.

Everton may go into that game with two key players absent after Leighton Baines and Michael Keane were forced off injured on the south coast.

“Leighton said he felt his calf,” added Unsworth. “We’ll assess him but it doesn’t look good for Wednesday. Michael Keane is different but I need to find out the latest on him.”